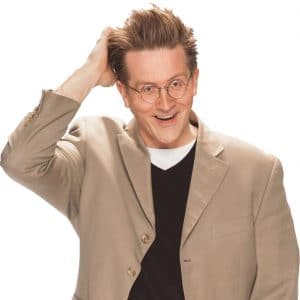 Request fees and availability
Speaker Tim Clue is an award-winning educator. After teaching for a decade as a renowned professor of communications and speech, Tim took his skills to the stages of comedy clubs. Now, as an established motivational speaker, he works closely with top organizations like Caterpillar, Starbucks and McDonald's. His humorous and insightful presentations on motivation and team building are truly sought after in many fields and industries.

Increasing trust, team and connection through laughter is Tim’s art form and passion. ‘We live in an attention economy, in a tangled digital age where connection, transparency and trust is the new currency. ‘ Speaker Tim is reinventing conferences one funny experience at a time.  After spending ten years as an award-winning professor of speech and communications, speaker Tim Clue took his writing talent to comedy clubs. Tim worked with many famous comics – Jerry Seinfield, Larry Miller and Steven Wright, to name a few – and his work often can be caught on YouTube or XM/Sirius Satellite Radio. His latest comedy called “Leaving Iowa” earned the nomination Best New Play in the Country and frequently performed in theaters all over the U.S. and Canada.

Currently, as an established keynote speaker Tim Clue works with top global organizations like McDonald’s, Starbucks and Caterpillar. His humorous and motivational keynotes are truly sought after in several fields and industries. From construction to education, government to pharmaceuticals, Tim has spoken before such notables as former President George H. W. Bush and economist Paul Krugman.

Tim’s keynotes are full of energy, laughing and motivation. His experience in comedy and in education is a great contribution to his efficient, professional and entertaining presentations. Through laughter, speaker Tim Clue helps organizations to build trusting and connected teams. He really reinvents conferences – one funny experience at a time. Book Tim now, to bring engagement and connection back into the meeting space!

Motivation – A Funny Thing: The Power of Connection Team and Trust

“Tim Clue was a quick study and made the evening a delight. He spoke to the group like he knew us and kept us entertained and involved the entire time—great job!”

“Are you kidding me? Seriously, how on earth did you know so much about our business?”

“Tim was fully engaged with the group; before-during and after the show. I received several comments at the end of the party and even the next day at the conference. He really did his homework and was well prepared to entertain the attending group.”

“Tim lived up to his reputation and performed a fantastic show for our firm’s stockholders. He was easy to work with and I have received several requests to book future entertainment dates.” 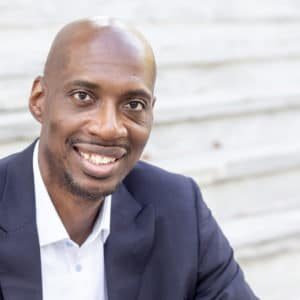