Learn the CAN and WILL of winning 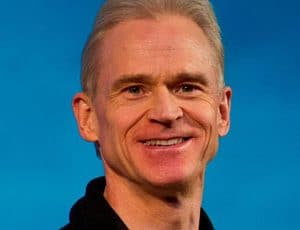 Request fees and availability
The keynote speaker Alan Hobson is a bestselling author and worldwide adventurer. His persistence and determination has helped him climb and overcome the hurdles of Everest and an aggressive blood cancer. By linking his own life experiences with the specific challenges of his audience, he is one of the best adventure speakers in the world.

Our inspirational speaker Alan Hobson has been through a lot, he redefines the possible. At the age of only 29, he set out to realize his greatest childhood dream. After ten tough expeditions to high altitude, including three self-guided, self-organized and corporately sponsored expeditions to Mt. Everest he was finally able to stand on top of the world and fulfill his dream.  Alan’s first expeditions did not make it to the top, therefore on his third self-guided expedition, him and his climbing partner changed their strategy and approached the mountain from its southern side. They also outsourced the organizational and leadership aspects of the climb in order to focus entirely on raining and fundraising. The endeavors pushed Alan’s sales, leadership and organizational abilities almost as much as the mountain pushed his body.

Unfortunately, an even bigger challenge faced Alan. Three years after coming down from the summit of Everest he came face-to-face with the ‘The Everest of Illnesses’ when he was diagnosed with an aggressive blood cancer and given less than a year to live. Enduring more than 500 hours of chemotherapy, including 120 high dosages it completely eliminated his immune system. However luck turned in November 2000 when he received a life-saving blood stem cell transplant.

Alan’s climb up his inner Everest was much more difficult than climbing the actual Everest. It took Alan five years using hard-won lessons he had picked up on through his many worldwide adventures. With determination, love and support of his family and friends, intervention and the miracles of modern medicine, he not only survived but thrived. He is one of few that have returned to an elite level of fitness after a blood stem cell transplant for acute leukemia. Since then he has also survived a preliminary form of bowel cancer, and emerged stronger from that as well.

The story of his persistence and peak performance is best described by himself: “I see life now from a new perspective. Success isn’t about height. It’s about depth – the depths to which we must reach to rise to life’s challenges. Although the magnitude of our mountains may at first defy us, our ability to climb back defines us.”

The keynote speaker Alan Hobson is not only a two-time cancer survivor, and Mt. Everest climber, he is also an international bestselling author of six books, an inspirational figure and renowned speaker.  He is the co-author of a landmark book, Climb Back from Cancer – Introducing The 10 Tools of Triumph for Survivors and Caregivers which pinpoints the ten tools of triumphs for survivors and caregivers. In addition, he has appeared on several national television talk shows including Oprah.

Some of his feats include being a nine-time All-American gymnast, marathon runner, cold water scuba diver, journalist among many others. His latest passions include snowshoe mountaineering and skate skiing in winter. Our sought-after speaker Alan Hobson is an expert at overcoming tough times and adapting to change. He is capable of enduring hostile and life-threatening conditions and emerging triumphant. He is currently on his next expedition, which is his climb back from cancer and to help others to do the same.

Alan is aiding in ground-breaking medical studies to examine the effects of mild cardiovascular activity such as jogging or swimming to help enable the twelve million cancer survivors in North America to overcome their challenge of chronic fatigue. The results of the, Climb Back from Cancer Program, has already helped survivors regain energy and reduce anxiety and anger. The program has been compared with existing physical activity guidelines to improve survivors’ quality of life.

He is not only focused on saving lives, but also on returning them. He mesmerizes the audiences in his speaking with his personalized presentations. The talented speaker Alan Hobson carefully studies each organization and group in his preparatory research process, where after he accurately blends the information he has collected into his presentations. Hereby he is able to link his own life experiences with the specific challenges faced by the audience members. This has given him the distinction of being one of the best adventure speakers in the world.

The CAN & WILL of Winning

Alan Hobson tells his riveting true tale of tenacity, teamwork and triumph. His three self-guided, self-organized and corporately sponsored expeditions to the world’s tallest peak were massive sales, marketing and mountaineering efforts. But his courageous climb back from an unexpected inner Everest dwarfed even the outer one. Considered one of the best adventure speakers in the world because of his trademark ability to personalize every presentation to the specific challenges and opportunities of each group, Alan’s inspirational presentations are distinctly different. He does his homework and it shows. In over 20 years as a full-time presenter, he has never given the same presentation twice. He is the best speaker in the world at making the do-or-die lessons of peak experiences immediately applicable to business and the business of life – your life.

Alan Hobson The Force of Focus 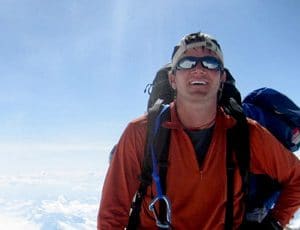 Keynote speaker Sean Swarner was the first cancer survivor to summit Mt. Everest. Sean has broken through defined human limitation in order to redefine the way the world views...