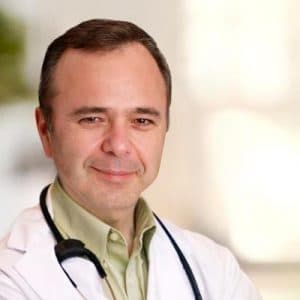 Neurologist, brain specialist and medical director acknowledge for his work in the pharmaceutical industry

Request fees and availability
Speaker Dr. Majid Fotuhi is a medical doctor and director of his own organization, "Brain Fitness Program".  He specializes in Neuroscience and has been featured on many different academic and media platforms as he educates audience members on the act of "Growing your brain". Dr. Majid uses scientifically based knowledge and research to showcase the capability of change and growth in your brain for a longer, youthful life.

Why you should book speaker Dr. Majid Fotuhi:

“You really can grow your brain and in doing so, you can defy aging.”- Speaker Majid Fotuhi

Dr. Fotuhi received his MD degree from Harvard Medical School, as a member of the Harvard-MIT Division of Health Sciences and Technology (HST), and his a doctoral PhD degree in Neuroscience from Johns Hopkins University. He is currently the medical director of the NeuroGrow Brain Fitness Center. He also serves as an affiliate staff at Johns Hopkins, Howard County General Hospital, and as a lecturer at Harvard Medical School. In the past, he served as an assistant professor of neurology at Johns Hopkins, a director of the Center for Memory and Brain Health at Sinai hospital, and as the chief medical officer at NeurExpand Brain Center.

Dr. Fotuhi’s initial clinical research at Johns Hopkins focused on basic brain neurochemistry and on finding effective ways to prevent dementia. More specifically, he worked on longitudinal studies to determine the beneficial role of a combination of vitamins and natural supplements along with non-steroidal anti-inflammatory drugs (NSAID) in maintaining cognitive function and brain health. His current research focuses on designing multi-disciplinary treatment programs for patients with memory loss and/or post-concussive syndrome, and on clinical trials on the role of natural supplements for enhancing memory. He has published his research in Brain Research, Journal of Neuroscience, the Lancet, Nature, Neurology, Neuron, and Proceedings of the National Academy of Science.

Dr. Fotuhi has dedicated much of his time to educating the public about memory, aging, and concussions. In his book, The Memory Cure: How to Protect Your Brain Against Memory Loss and Alzheimer’s Disease, he provides clear and concise information about how to prevent dementia. His second book, entitled The New York Times Puzzles to Keep Your Brain Young: The 6 Step Age Defying Program, was released in January 2008. His most recent book, Boost Your Brain, teaches people how they can grow the size of their hippocampus.

Dr. Fotuhi has taken a leadership role in medical education as well. He has received numerous awards for his innovative and dynamic teaching style. He is one of the most popular instructors at Harvard Medical School, where he designed and helped to build two 5-foot-tall brain models for his students in neuroanatomy classes. He won the distinguished teaching award from the American Academy of Neurology. He has presented academic lectures as the honorary visiting professor in Canada, Egypt, China, Israel, and Japan; he also had the honor of presenting a lecture at a United Nations meeting in New York, and at the legislative briefings for the house and senate in Maryland.

Boost Your Memory and Prevent Alzheimer's Disease, By Growing Your Brain (In 3 months)

Memory loss is often due to common health issues such as lack of sleep, too much work, stress, anxiety, and poor diet.  Memory loss with aging, and the previously mentioned issues, can cause brain shrinkage. This means, more chronic symptoms, more shrinkage.  In this keynote Dr. Majid Fotuhi discusses: 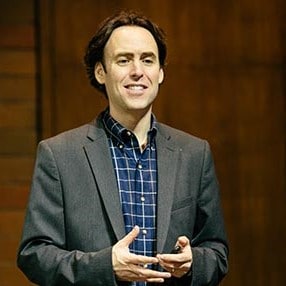 Dr. Marc Milstein is a Scientist, Researcher, and Professional Speaker who makes cutting-edge Health and Wellness research approachable, and empowers his audience to apply these vital findings to their work and daily lives. The keynote speaker Marc...