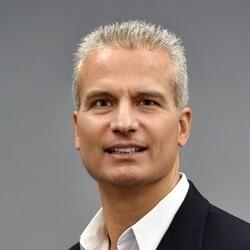 An extremely well informed, knowledgeable and flexible speaker, who presented an excellent, well-rounded overview of U.S. foreign policy. He analyzed the domestic and international factors that influence foreign policy formulation and explained the Washington perspective on the most important international issues that cause instability in different parts of the world

Request fees and availability
Keynote speaker John Sitilides specializes in U.S. government affairs and geopolitical risk management. He is a diplomacy consultant to the U.S. Department of State, sharing his insights into the major political and global news stories of the day with high-stakes investor sand opinion leaders as a Keynote Speaker at corporate, investment and government conferences and events.

Since 2006, Sitilides has served as Southern Europe Regional Coordinator, under contract to the U.S. Department of State’s Foreign Service Institute, the diplomacy academy for American foreign policy professionals where he organize and direct professional development training programs since 2006.

Sitilides holds a Master’s Degree in International and Public Affairs from Columbia University He launched his career in the United States Senate and later founded and directed two international relations institutes, including the Woodrow Wilson Center Southeast Europe Project, directing policy, research & forecast analysis on U.S., NATO & EU geopolitical, commercial, and security interests throughout southeastern Europe, from 2005-2011. He is a regular media commentator on American politics and global affairs on broadcast, print and digital media, having been interviewed by major newspapers and leading U.S. and international news networks.

John tailors all his keynotes to your specific situation and audience.

Washington and the World: The New Geopolitics of Great Power Competition

This keynote simplifies the complex geopolitical risk trends, developments, and the endless cascade of news and information that often overwhelms corporate planning and investment management, to concisely deliver the most valuable knowledge and information to audiences across the industrial, financial, technological, and commercial event spectrum.

This keynote serves to help investment fund and business executives understand and mitigate political risk, against the backdrop of global political, economic and social disruption.

In this keynote John will asses U.S. Presidential and Congressional policies with far-reaching impacts on the U.S. economy and global markets

Wobbling the Colossus: The European Union in Crisis

This keynote focusses on a critical assessment of the viability of the EU as a trading partner and global power, amid multiple security, economic and social crises.

May be the most fascinating presentation I have ever seen at an event. Global geopolitics and the impact on trade, economies, and business. This is brilliant.

The thoughtful, comprehensive, understandable and practical view you brought to the complex problems and issues revolving around geopolitics truly enlightened and engaged the audience at P&I’s Global Future of Retirement conference. Setting the tone on the second day of the event kept people talking, and your presentation was referred to numerous times by other speakers throughout the day.

Your maritime security presentation was absolutely fascinating and one of the most interesting presentations I have ever attended.

You were brilliant talking about global geopolitical risk at the Asia-Global Hedge Fund Summit in New York. Your presentation was one of the most interesting and widely-discussed. Thank you for enriching the summit!

Your presentation was by far the most engaging at the RiskMinds conference. The pace of delivery was excellent for this audience: bankers with a keen interest to learn the key issues on all international hotspots.

You did a great job explaining all of the very significant issues facing us from all over the world.

You were clearly the best presenter… You have a unique gift to succinctly wrap geopolitical issues into a coherent methodology of whom, why and how.

An extremely well informed, knowledgeable and flexible speaker, who presented an excellent, well-rounded overview of U.S. foreign policy. He analyzed the domestic and international factors that influence foreign policy formulation and explained the Washington perspective on the most important international issues that cause instability in different parts of the world 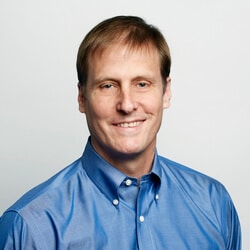 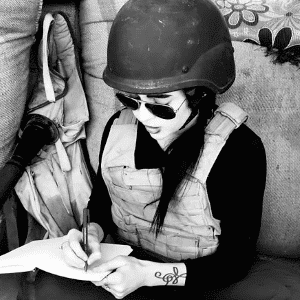 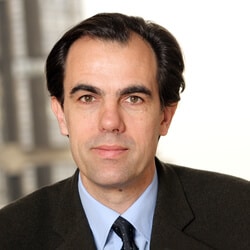 Economist providing powerful insights into topics such as geopolitics, currencies and the global economy

Economist and speaker Philippe Dessertine, PhD., is a renowned expert on the themes of macroeconomics, currencies, spatial planning and geopolitics. Philippe’s tailored keynotes deliver powerful insights and appeal to a wide variety of...