Motivational speaker with a focus on collaborating and building resilience

Why you should book speaker Mark Pollock

Request fees and availability
Unbroken by blindness in 1998, the strong-willed speaker Mark Pollock went on to compete in ultra endurance races across deserts, mountains, and the polar ice caps, including being the first blind person to race to the South Pole. He also won silver and bronze medals for rowing at the Commonwealth Games and is a sought-after motivational speaker.

Why you should book speaker Mark Pollock

In 2010, Mark Pollock was left paralyzed after falling from a second-story window. He is on a mission to find a cure for paralysis through the Mark Pollock Trust. He is also the co-founder of Run in the Dark, which is global fundraising running series. Mark’s personal story has inspired people and companies all over the world.

Selected by the World Economic Forum as a Young Global Leader and appointed to the Global Futures Council on Human Enhancement, the heartening speaker Mark Pollock is on the Board of the Christopher and Dana Reeve Foundation (USA) and is a Wings for Life Ambassador (UK). As a speaker Mark Pollock is motivational and engaging. He has changed the lives of many people with his inspirational keynotes and actionable tips to navigate change under pressure and create motivating teams.

Acknowledged as an expert in smashing expectations, Red Bull UK’s Managing Director describes him as “awe-inspiring”. Head of SMB Sales says he “started a conversation about challenging the conventional wisdom that is ongoing at Google”. And Satya Nadella, Microsoft CEO, described Mark as one of “the most inspiring people I met”. One thing is for sure: A keynote with our excellent speaker Mark Pollock will not disappoint.

Sometimes we choose our challenges, sometimes our challenges choose us. What we decide to do about them is what counts. Deciding to be a competitor, a realist, and a collaborator offers your people a chance of maintaining a resilient mindset under pressure.

Leadership & Motivation — Leading Through a Crisis and Developing Intrinsic Motivation to Move Forward:

Uncertainty and change typify a crisis and it’s difficult to lead in such circumstances. By providing your people with insights into the resilience, attitude, and decisions of others facing extreme circumstances you will help them to develop the intrinsic motivation to move forward.

Mindset & Performance – Challenging Expectations to Perform at a Higher Level:

It is tough to deliver world-class performance. Your people won’t do it by chance. With a high[1]impact catalyst you can help them act with the courage to make it happen.

Galvanizing a disparate group of people around a common goal is not easy. Yet when it happens, when we collaborate, that is when major breakthroughs happen.

Human Enhancement – Exploring the Intersection Where Humans and Technology Collide During the 4th Industrial Revolution:

Exploring the intersection where humans and technology collide is essential for businesses to maintain their competitive edge. By raising the consciousness of your people to the human dimension of the 4th industrial revolution, you will empower and encourage innovation at the edge.

Mark told a very moving story and the audience loved his quiet and humble personality.

“Mark’s insight into resilience hit the perfect note for our Swiss Re Leadership Forum in Singapore. His delivery balanced both the darkness and lighter sides of his life experience. Critically, his messages resonated with our international leadership group, catalysing conversations about how we deal with challenges in our organisation."

“It was hugely inspiring to listen to Mark’s contribution at our Guinness global off-site. The next day we spoke about the importance of being realists – fully appreciating the reality of our situation, and being determined to improve it. And, the notion of being a competitor rather than a spectator fed into much of our work during the rest of our meeting. We look forward to working with Mark in the future.”

“Mark’s talk at our session for high-potential start-ups was incredibly uplifting and balanced with a wonderfully wry delivery. How someone can manage to tell a story such as his and still make the listener think deeply about themselves as he does, well it’s beyond me. It was a perfectly pitched contribution for our audience of entrepreneurs.” 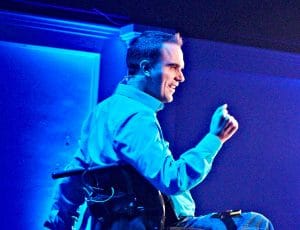 Keynote speaker Jaap Bressers is an inspirational and humorous speaker with a remarkable life. His keynotes have their outset in his personal story which contains both major setbacks, challenges, and sheer luck, and Jaap is sure to inspire audiences... 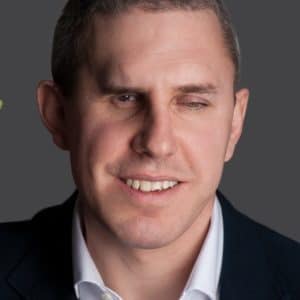 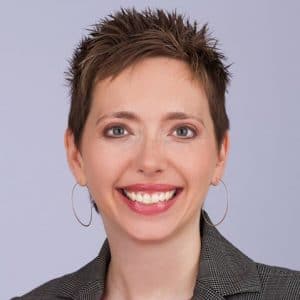 Speaker Susan Robinson is a tango dancer, a yogi, tandem cyclist and a world traveler. Susan is also legally blind, but she has never let that fact slow down the pursuit of her dreams. A consultant and adviser in overcoming adversity and paving new...