Get a unique take on world affairs

Request fees and availability
Speaker Simon Anholt has advised over 53 world leaders and their cabinets, as well as dozens of CEOs of global corporations, on how to develop and implement strategies for their enhanced economic, political and cultural engagement with other countries and global publics. His two main TED talks are rated the third and sixth most inspiring TED talks of all time by TED viewers – an accolade that endorses the standing ovations he consistently gets for his original variety of talks to audiences around the world.

Why you should book speaker Simon Anholt

In 2014, speaker Simon Anholt established the Good Country movement with the first annual edition of the Good Country Index, which is the first ever study of what each country on earth contributes to the common good of humanity, and what it takes away, relative to its size. His work focuses on discovering what a place, a country, a company or an individual are for in the world and why people should feel glad that they exist, and defining the courageous and imaginative new behaviours that will drive them forwards. The results of his work are often breathtaking in their ambition, originality and impact.

As one of the world’s leading thinkers and practitioners on wide-scale human engagement over the last thirty years, speaker Simon Anholt has created and led no less than three successful global fields that measure, understand and influence attitudes, culture and activity at the global scale. The likes of DreamWorks and Nike, Heads of State and monarchs have all been beneficiaries of his unique approach to leadership and entrepreneurship.

Simon is also the leading authority on managing national identity and reputation and is the founder and publisher of two major annual surveys polling over 20,000 people in 25 countries to monitor their perceptions of the world’s countries and cities. Moreover, in 2016, speaker Simon Anholt launched the Global Vote, which enables anybody in the world to vote in the elections of other countries.

His TED talk launching the Good Country Index has received 6 million views, and his more recent one launching the Global Vote, over a million.
He has written five books about countries, cultures and globalisation and is an honorary Professor of Political Science at the University of East Anglia, UK. His latest book, The Good Country Equation, was published in 2020 and was described by Zeid Ra’ad al-Hussein, the former UN High Commissioner on Human Rights, as “a masterpiece”.

Simon customizes his keynotes to the client’s needs. He is an expert on the following topics:

What’s gone wrong with the world?

Culture: The rocket-fuel of creativity

How showing, not telling, is the best kind of marketing: and it’s totally free

What got you interested in global issues relating to culture, business and politics?

I’m really not sure – I think I was born that way. For as long as I can remember, I’ve always just assumed that people from other countries would be more interesting than people from my own country, and that their countries, culture, language, music, food, literature and landscapes would be more interesting than my own. It took me a long time to discover how many people assume the opposite, which is a bit depressing.

What inspired you to create “The Good Country Index”?

I wanted to start a new kind of global discussion about what countries are really for: are they there purely to serve the territorial and economic interests of their citizens, or do they also play a part in giving all of us a future on this planet? So the Good Country Index is designed to encourage people to start asking a new question about countries: instead of forever asking “how well are we doing?”, they have now started asking “how much are we doing?”.

If you could do one thing differently in your career, what would it be?

I honestly can’t think of a single thing I’d do differently. That doesn’t mean I planned it all, by any means: but the way it turned out seems to me just perfect.

What would you like to achieve in the next 5 years?

I’d like the Good Country to reach its interim target of 760 million citizens.

Because they’re tired of hearing the same stuff over and over again, and they want to give their audience something new to talk about, not just for the rest of the event, but for weeks and months afterwards.

If you could give one advice to world leaders and people of power, what would it be?

Well that’s actually my day-job. Among many other things, I usually ask them to ponder on the fact that when they become Head of State or Head of Government of their country, they join the team that runs the planet. 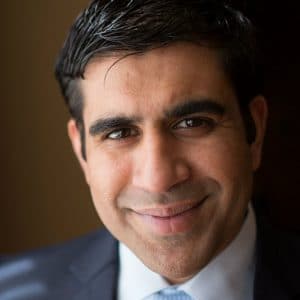