Shares know-how about technology and finance

Request fees and availability
Keynote speaker Simon Taylor is the Co-Founder and Blockchain Practice Lead at the FinTech consultancy 11:FS. With his positive attitude and knowledgeable keynotes, it’s no wonder Simon is a sought after authority on blockchain and other aspects of FinTech!

An influential figure in Banking, Insurance and Fintech, speaker Simon Taylor has led Blockchain Research and Development at Barclays. During this time, Barclays became the first bank in the world to perform a live trade finance transaction over a Blockchain / DLT with a real customer attached. Simon has held a number of other roles in payments, banking and the telco sector.

Now, Simon uses his expertise to advise Governments, Regulators and some of the worlds largest Banks, Financial Institutions and Corporations on how Blockchain and DLT will impact their business in the short, medium and long term.

Simon also shares his know-how as co-host of both Fintech Insider, the #1 Business Podcast in Europe, and Blockchain Insider.

Watch speaker Simon Taylor talking about “Why I got into Blockchain”

Why I got into blockchain by Simon Taylor 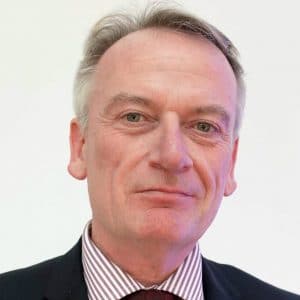 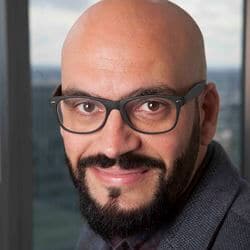 Keynote speaker David Brear has dedicated his career to the technology of financial services. His peers, banks and a number of industry bodies repeatedly vote David to be one of the most influential people in Banking, Insurance and...