Request fees and availability
Keynote speaker Kelsey Tainsh has, at the age of 28, been through more than most will endure in a lifetime. Instead of letting her challenges weigh her down, Kelsey passionately spreads the message of what persistence and perspective can achieve - despite all obstacles. Her humorous and authentic speaking style causes both smiles and tears - and empowers her audience to bravely face their own challenges.

After successfully overcoming a brain tumor at only 5 years of age, Kelsey had a happy childhood. She was even a champion athlete! However, when she was 15 it all came crashing down. The tumor returned, followed by a crippling stroke which left the right half of her body paralyzed.

This remarkable young woman has become a champion for all of us.

As a full-time professional speaker Kelsey travels across America speaking to colleges, organizations and corporations. She is a sought-after speaker because of her genuine and humorous way of inspiring audiences through her life story. Her previous clients include The Coca-Cola Company, Harvard Medical School, Society For Pediatric Anesthesia, and HubSpot. In addition, Kelsey Tainsh has also been featured in BYOU Magazine, Coca-Cola Journey, Home Magazine and National Speaker’s Association (NSA) Speaker Magazine.

How shifting your perspective can dramatically boost your potential.
More than ever, organizations and their employees are facing increased stress from constant change, competition and disruption. But 27 year-old stroke survivor and speaker Kelsey Tainsh will remind you that your worst day is better than the best day for billions around the world. Armed with her quirky sense of humor, engaging stories and relevant message, Kelsey helps organizations and their people gain the perspective needed to overcome any challenge in their life and in their work. Audiences walk away with a resilient new mindset and a fresh appreciation for the gift of work, accomplishment and the relationships we all share. 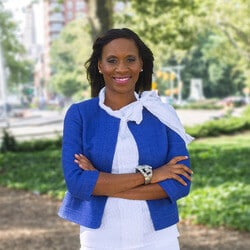 Founder of Beat Stage 3, Diane Nathaniel, is spreading awareness of the importance of cancer prevention