Business lessons from an entertainment connoisseur 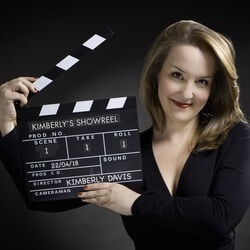 Request fees and availability
Speaker Kimberly Davis is an influential and entertaining expert on creative leadership and high-performance business strategies. She has worked for some of America's largest TV & Radio Stations, alongside A-list celebrities such as Beyoncé, Andre Agassi and Marc Jacobs. Her fun and insightful keynotes blend her 25 years of experience in the music, film, and television industries, with the grounded advice on skills needed for achieving success.

If you want an interactive, fun, and engaging business talk, then Kimberly’s your woman.

Speaker Kimberly Davis has worked in the entertainment industry for over 2 decades. Ambitious and passionate, she holds 3 university degrees in Music, Business & Theatre Performance – all of which she attained before the age of 22! Kimberly’s many achievements range from being the youngest person ever to teach at a New York University to serving as Director of Film & Programming for a television station. Speaker Kimberly Davis has been a Writer, Producer, Director, and On-Air Presenter for some of America’s largest TV & radio stations and media outlets, working with A-list celebrities.

​Kimberly has touched the hearts and minds of millions as a radio broadcaster, TV personality, journalist – and most recently, a keynote speaker. She takes what she has learnt as a professionally trained performer and successful writer to be one of the best speakers you’ve ever seen. Her clients range from entertainment moguls to Grammy award winning artists.

Kimberly’s masterful talks not only share the business lessons she learned from 25 years in the arts and entertainment industry – they’re interactive and entertaining, as she uses clips, quotes, and scenes from legendary cinema hits, both the classics and the currently trending! Speaker Kimberly Davis customizes every talk for your desired topics and tastes, using the movie clips that resonate with you and your team!

BUSINESS LESSONS FROM THE MOVIES

Book a talk with a focus on one or several of the following topics:

Other services by Speaker Kimberly Davis

What it means to be brave | Kimberly Davis | TEDxSMUWomen