Request fees and availability
Speaker Matt Lindley is an LGBTQ+ diversity expert and former RAF pilot. As a royal pilot, Matt had to hide his true self: however, thanks to an inspirational leader in the Royal Squadron, Matt came out and found his professional and personal strength. Currently, Matt offers great workshops and keynotes based on aviation lessons to reduce human error and to inspire all people about Diversity and Inclusive Leadership.

Why you should book speaker Matt Lindley

While in the closet, speaker Matt Lindley had to shut out his inner feelings to fulfil his dreams and qualify as a Fast Jet Pilot: when he joined the Royal Air Force in 1995 it was against the law to be homosexual. For this reason, Matt took a huge mental toll and hid his real self in an intolerant and macho environment, only to find his stress levels unmanageably high a couple of years later.

Eventually, Matt moved to the Royal Squadron where he met an inspirational and inclusive leader who helped him both professionally and personally. As a result, when the law changed in the United Kingdom, speaker Matt Lindley eventually came out and became one of the first gay pilots in the service. Formerly, Matt Lindley has flown The Queen, The Royal Family and Government Ministers worldwide for over 10 years and he is currently a commercial long haul pilot.

In addition to flying, speaker Matt Lindley offers great workshops and keynotes based on aviation lessons to reduce human error in the workplace. His fascinating case studies of aircraft accidents and the valuable takeaways he offers make him a true crowd favourite. Moreover, his Inclusive Leadership and Diversity keynotes are all relevant to wider issues of marginalisation, not just for LGBTQ+ but for gender or ethnic minority audiences.

The weak link in flight safety? Human error. Many fatal accidents have occurred unnecessarily because of the pilots’ vulnerability to pilot error while operating under commercial pressure in stressful situations. These same pressures are evident in any business where humans are involved. For this reason, speaker Matt Lindley helps your organisation using his airline industry soft skills model to reduce costly human error and risk while improving the performance of your business.

As one of the first openly gay pilots of the Royal Air Force, speaker Matt Lindley describes how he suppressed his sexuality, knowing that coming out would have resulted in a prison sentence at the time he joined RAF. In this keynote, Matt uses his experience to show how to be an inclusive leader who leads positive culture change while also using his knowledge of psychology to find the links between performance and well-being. It’s not just another story of coming out but a remarkable story of determination, self-motivation and drive. 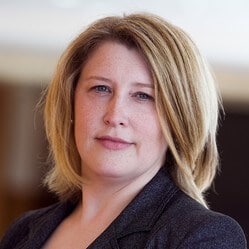 Founder of Charlotte Sweeney Associates, thought leader and expert in inclusion, diversity and equality in the workplace

Speaker Charlotte Sweeney is an expert in diversity, inclusion and equality in the workplace. Charlotte works in the public and private sector and is seen as a thought leader in her field. A keynote with Charlotte will contribute to your corporate... 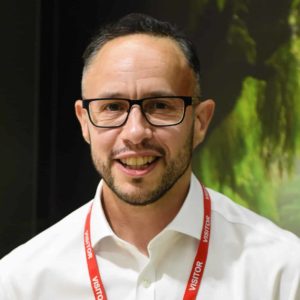