Taking adventure to the next level

Request fees and availability
Speaker Adrian Hayes is an adventurer turned into an exceptional keynote speaker. He is a global expert in team development, communication, goal setting, risk, resilience, and sustainability. He is also a former British Army Gurkha officer with a corporate background.  Using his vast background experiences, Adrian combines hands-on experiences and insightful knowledge to create motivational takeaways and keynotes on sustainability. He is a professional business, leadership, and team coach, environmentalist ready to set organizations forward with compelling discernment for growth.

Why you should book speaker Adrian Hayes

Adrian Hayes is a British record-breaking adventurer, documentary presenter, author, keynote speaker, consultant, and campaigner. An Arabic and Nepalese speaking former British Army Gurkha Officer, who also spent two years in the Special Forces, his adventuring achievements include trekking to both Poles, summiting Everest and K2, crossing the length of Greenland and the Arabian Desert, setting two Guinness World Records for Polar expeditions, writing two books, and featuring in three documentaries to date. One of the few extreme adventurers in the world with a senior corporate background – including six years as an Airbus Middle East Sales Director.

Adrian is now a global keynote speaker and professional leadership, team, and executive consultant &amp; coach, delivering speeches, seminars, and programs worldwide. He is also an Advisory Board member for a Mars mission. In his campaign work, Adrian is an ambassador for economic, social & environmental sustainability, and a patron of the Population Matters and CHASE Africa charities, amongst other causes. As a former qualified Paramedic and current First Responder, he is additionally involved in an ongoing project providing medical treatment in the remote areas of the Himalayas.

Adrian has featured in three documentaries: The Greenland Quest in 2011 for the National Geographic Channel, Footsteps of Thesiger in 2013, and In Inner Mongolia in 2017 for the Discovery Channel, and is now an establishing television and documentary presenter. His first book, Footsteps of Thesiger, was published in 2013, followed by his second, One Man’s Climb: A Journey of Trauma, Tragedy, and Triumph on K2, in 2019. His third book, on human development and society, will be published in 2021.

The Real Art of Teamwork

Adrian Hayes delivers the stories of his trekking to the North Pole from Canada, the South Pole from the Antarctic coast, and the length of Greenland by kite ski.

Maximizing Potential, Performance and Results – You, Your Team, Your Company.

Adrian Hayes presents the models, concepts, tools, techniques and lessons designed to empower all attendees to maximize their
potential, performance and results.

Adrian Hayes presents the facts, fictions, and unknowns of climate change compared to the universal truths of economic, social, and environmental sustainability, and delivers the ‘real inconvenient truths’ and solutions to resolve the issue.

Everyone can be a Leader.

Adrian delivers a presentation on awareness, tools and techniques on empowering leadership at all levels of an organization. 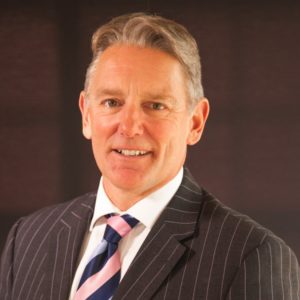 Successful entrepreneur, climber and adventurer who is a former Captain and Troop Commander in the SAS

Neil Laughton is an award winning entrepreneur and world record breaking adventurer who organises and leads exciting expeditions around the world for his friends and clients. These are often life changing opportunities and at the very least... 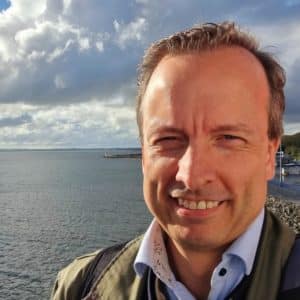 Keynote speaker Arne Elias Corneliussen is a businessman and explorer. Mr. Corneliussen received his bachelor of arts in political science at Wittenberg University in Ohio in 1998. During his degree, he worked as a researcher at the Center for...