Sharing innovative and inspiring ideas and thoughts on education 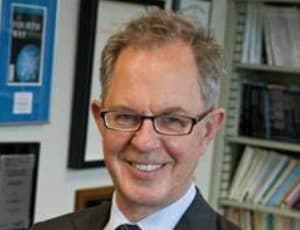 Request fees and availability
The Keynote Speaker Andy Hargreaves is a leading authority on educational change and uplifting leadership. Renowned for his research and contributions to his field, he consults with organizations and governments all over the world, sharing his innovative and inspiring ideas with leaders and policy makers.

Andy Hargreaves is a world renowned expert in educational change and leadership. He is the Thomas More Brennan Chair in the Lynch School of Education and Professor in the Carroll School of Management at Boston College where he received the 2015 Excellence in Teaching with Technology Award. Previously, he was the co-founder and director of the International Centre for Educational Change at the Ontario Institute for Studies in Education.

Andy has authored or edited more than 30 books, several of which have achieved outstanding writing awards from the American Educational Research Association, the American Libraries Association, and the American Association of Colleges for Teacher Education. His book Professional Capital: Transforming Teaching in Every School (with Michael Fullan) has received three prizes including the prestigious Grawemeyer Award in Education for 2015.

Andy Hargreaves is founding editor of two scholarly journals, including Journal of Educational Change, which brings together some of the most influential thinkers and writers as well as emerging scholars on educational change. He holds an Honorary Doctorate from the University of Uppsala in Sweden and is a Fellow of the Royal Society of the Arts in the UK. In 2015, he was ranked the #6 most influential scholar in US education policy debate. He is President Elect of the International Congress for School Effectiveness and Improvement.

Renowned for his contributions to the field of education and leadership, Andy Hargreaves consults with organizations and governments all over the world, and serves as advisor to the Premier of Ontario. A dynamic and motivational keynote speaker, he has addressed international organizations such as the World Bank, OECD, UNESCO, the SOROS Foundation, the European Union, the International Baccalaureate, the International Congress of Principles, the European School Heads Association, the Universities of Latin America, and the International Congress of School Effectiveness and Improvement. He has delivered keynotes and provided staff development in 37 U.S. states, 42 countries, as well as all Australian states and Canadian provinces.

Uplifting your performance, your people and yourself by Andy Hargreaves 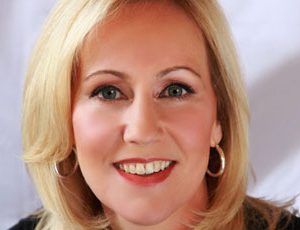 Keynote speaker Betsy Myers has extensive experience in the corporate, political and higher education. She has served as senior advisor to Barack Obama’s Presidential campaign and also had prominent posts during the Clinton’s administration. She...