What do you want to do before you die? 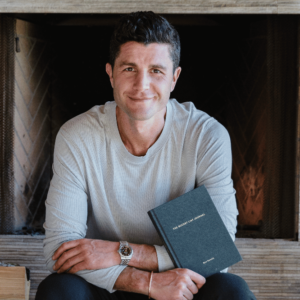 "I must say that Ben personally brought me to my knees with emotion when he spoke about the journey of life and going for what we all feel is truly important."

Request fees and availability
Speaker Ben Nemtin is the co-founder of " The Buried Life," a motivational speaker and life enthusiast. Ben's inspiring message has been featured on several media outlets, including CNN, The Oprah Winfrey Show, and FOX News. Ben encourages audience members to focus on what pulls towards them and demonstrates how to maintain inspiration when working towards your goals.

“This is the new leadership, by putting yourself first, you put yourself in a position to help others. It’s not selfish, its service.”- Speaker Ben Nemtin

During speaker Ben Nemtin’s first year of university, he was unexpectedly fell into a time of depression that forced him to drop out. In an attempt to feel alive, he created the world’s greatest bucket list with his three best friends. They borrowed a rickety old RV and crisscrossed North America, achieving the unthinkable. Most importantly, every time they accomplished a dream, they helped a stranger cross something off of their bucket list. From playing basketball with President Obama to having a beer with Prince Harry, from reuniting a father and son after seventeen years to surprising a young girl with a much-needed bionic arm—Ben’s bucket list quest has inspired millions to thrive personally and professionally.

The co-founder of The Buried Life movement, Ben’s message of radical possibility, President Obama called Ben, and The Buried Life “inspiration for a new generation,” and Oprah declared their mission “truly inspiring.”

Resilience in the Face of Uncertainty

The world is changing faster than we ever imagined, leaders and teams have to dig deep within themselves to break through and find opportunity in uncertain times.

Breaking through his own crippling depression, Ben committed to a series of positive life changes, he had a shift in perspective that changed his outlook on life and opened himself up to endless possibility. From there he committed to following his buried dreams and helping others through acts of service. The rest is history.

Ben’s life changing message has opened up audiences around the world to cultures of service, gratitude and endless potential.

Driving teams to thrive today requires new strategies for connecting and getting results. Retention and engagement are major issues and old leadership models don’t deliver like they once did.

Effective leaders must go deeper and show empathy and understanding to help teams reach their true potential. When team members truly feel that their leadership and organization cares about their personal and their professional development, that’s where the magic happens.

A “Dream Wall” (or “Before I Die Wall”) is a popular pre-keynote activation. The walls come in many forms, shapes and sizes but they all serve the same purpose: to get people thinking about their list leading up to Ben’s presentation.

A “Dream Wall” is a place for attendees to write, stick, clip or post their bucket list item on a wall for everyone to see. This dynamic visual doesn’t just get people talking, it’s also a fantastic way to learn about the folks around you. It’s common for organizations to secretly choose a few bucket list items to check off and announce this after Ben’s presentation.

New Leadership: Why You Matter

Companies with a people-first culture see measurable improvements in productivity, lower absenteeism, higher customer satisfaction and improved recruitment (Harvard Business Review). This is the new leadership. When you put yourself first you’re putting yourself in a position to serve others, it’s not selfish; it’s service.

When you’re pursuing the things that are truly important to you, you’re more alive in every way and you bring that energy to everything you do. An organization can only become the-best-version-of-itself to the extent that its employees are becoming better-versions-of-themselves. Proving that you care enough to ask your people what matters most to them goes a long way, and it’s easier than you think to help them get there.

Ben’s 30-minute list writing workshop puts the ‘5 Steps to Making the Impossible Possible’ into action. Inspiration doesn’t come to us, we must create inspiration by taking steps toward our goals and this workshop does exactly that.

The breakout session includes writing your list, identifying the most important item on your list, dream sharing with an accountability partner and helping one another reach our goals in intimate group settings. These steps are designed to build accountability around personal goals, to generate inspiration by stimulating small actionable steps and to illustrate that help might just be sitting right next to you.

5 Steps to Make the Impossible Possible

Ben has driven countless people to achieve their dreams, as both a helping hand and as an inspiration. These experiences have taught him that articulating and prioritizing your personal goals is not a selfish act—but one that creates a positive ripple effect that inspires others to live their best life.

Ben weaves the remarkable story of how The Buried Life grew from 100 impossible dreams into a global movement and connects his lessons to the fabric of our daily lives.

Dream Portraits: goes well with Keynotes "5 Steps to Make the Impossible Possible" and "New Leadership: Why You Matter"

Dream portraits are a popular post-keynote activation. In his keynote, Ben helps attendees identify the #1 item on their bucket list (the personal goal they want more than anything in the world) and dream portrait helps them share this goal in a memorable way.

After Ben’s presentation, audience members write their biggest goal on a small chalkboard and a professional photographer takes a beautiful portrait that can be shared instantly. This not only memorializes the keynote experience and the goal, it also builds further accountability through sharing on social media.

Ben is a mental health advocate who believes that all humans have ups and they have downs. He believes the stigma around mental illness can be broken through open, honest conversations. However, the onus is not on the 1 in 5 who struggle with mental health to break the stigma, the responsibility falls on all of us.

By showing how his vulnerabilities have become his strengths, Ben gives others the courage to talk about their internal battles.

What do you want to do before you die?

If you want a lesson in boldness, and to cross things off of your bucket list, there is no better teacher than Ben Nemtin.

Ben’s work is as personal as it is universal. Beyond living a joyful, bold life, the underlying message he has imparted onto our people is to curate a life of mental wellness, and that self-care and care for others are indivisible. His is a message of heart and humanit

Ben Nemtin is relevant, engaging and inspiring with his delivery and beliefs. His message to our employees was a true gift both professionally and personally as he ignited a passion and emotion within our organization that yielded amazing results. He truly has made a meaningful impact in the lives of our associates.

I think what you’re doing is truly so inspiring.

"I must say that Ben personally brought me to my knees with emotion when he spoke about the journey of life and going for what we all feel is truly important." 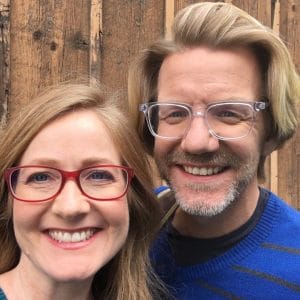 Authors, dreamers, and inspirational speakers sharing their journey through the Caribbean keys to successful change

This husband and wife dynamic duo are the authors of the book "Seven at Sea" and lifestyle speakers. This compelling couple shares their experiences of how their journey through the Caribbean created an outpouring experience of family growth and... 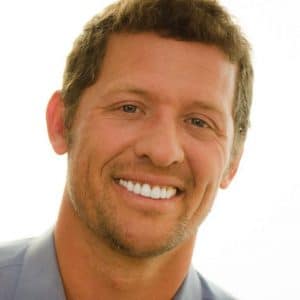 Best-selling author and serial impact entrepreneur guides your team to awaken its purpose and thrive.

Organizations are struggling with employee retention, missed performance and DEI goals, and cultures of burnout, languishing, and isolation. It is clear that new approaches are needed to create a thriving organization. International keynote speaker,...