A healthy approach to consuming technology

Emmy-nominated journalist and technology expert speaking on topics such as Google, blockchain and cryptocurrency

Request fees and availability
Keynote speaker Daniel Sieberg is co-founder and head of journalism operations for Civil, which is a cutting-edge new startup that couples decentralized news content with the blockchain architecture and cryptocurrency. He was previously co-founder of the News Lab at Google and a senior marketing executive there for six years; he also served often as official Google spokesperson.

As an Emmy-nominated journalist, speaker Daniel Sieberge has previously worked as technology correspondent for CBS and CNN, and he hosted science and technology programmes for online channel ABC News NOW. Daniel has been nominated for four News and Documentary Emmy Awards and won accolades from the likes of the Society of Environmental Journalism and the World Technology Awards. He was previously co-founder of the News Lab at Google and a senior marketing executive there for six years.

At Google, Daniel explored how newsrooms and businesses benefited from the techniques of design thinking/sprints, growth mindset and collaborative ways of tackling any new challenges. Daniel has worked on Google’s brand team and led global projects in marketing. Prior to joining Google in 2011, Daniel was an award-winning technology correspondent and anchor/analyst for CNN, CBS News, ABC News, BBC News and MSNBC dating back to 2000. He has also contributed to the BBC, Bloomberg, Al-Jazeera, Discovery Channel, NPR, PBS, Details and the Washington Post. His work includes reporting across four continents and covering stories that include swimming with sharks, zero gravity (twice) and interviewing many tech luminaries like Bill Gates and Steve Wozniak.

What he offers you

The author of the seminal book, The Digital Diet, about a healthy approach to consuming technology, Daniel Sieberg has received extensive leadership skills training at Google including a top-level in-depth program and with his finger firmly on the pulse of the digital age, blockchain architecture and cryptocurrency, Daniel uses his considerable expertise to offer business audiences useful, actionable strategies covering marketing, social media, new technologies and the environment.

An award-winning reporter & host, Daniel Sieberg has been a featured speaker and a highly respected moderator at events all over the world. With a captivating style, humor and wisdom, he entertains, informs and motivates global corporate audiences.

Leadership in a Distracted World

Here are the two key takeaways from this blog post:

1. You can often learn much more from your peers than you realize
2. A strong leader is a present leader

And here’s how I learned that:

During my time at Google I had the opportunity to take an intensive 13-day leadership course for senior sales and marketing executives. I was so excited about the course and couldn’t wait to learn from such an impressive group of instructors. I can also remember going to the office on the first day of the course and sitting down in my corporate Kryptonite: 20-25 chairs arranged in a circle. You see, over the years I’d honed my presentation skills for a room of several people and even done public speaking in front of thousands of people. But put me in front of 20-25 people, especially my peers, and I was prone to fits of garbled words and flop sweat. It just wasn’t a comfort zone for this INFJ.

However, I forged ahead and introduced myself to fellow participants. I knew several of them from past interactions and projects at the company but most were new to me. Of course in true Googler spirit they were welcoming and friendly. We immersed ourselves in leaderships guidance. But by the end of day one I still felt nervous and worst of all I was developing a serious case of imposter syndrome; these people were all so impressive and had accomplished so much in their leadership journey – running for mayor, building a startup, leading a team of dozens. I had done none of those things. What would I have to offer?

But as the sessions went on (13 days together staggered over four months) I began to notice something: the course material was really strong and the instructors were first rate but I was also learning more from my peers as I allowed myself to admit my vulnerabilities and unknowns. As I expressed concern over issues like the best ways to manage communication with distributed teams or how to motivate high performers I found that the others in my group began also admit their shortcomings or worries. It was incredibly empowering and bonding for us all to rise together as better people managers; by revealing our frailties we made each other stronger.

I also noticed how the best of the best really forced themselves to be completely present during any interactions – no pulling out their smartphone, no glancing at their Android watch, no wondering about their next social media post. They gave me (and others in the room) their undivided attention and it made me (and us) feel valued and engaged. Now imagine what that feels like for your employees or your colleagues. Both that scenario and the reverse.

What sort of signals do people in the workplace receive via your leadership when it comes to suggested behavior traits like closing laptops during presentations (maybe even during meetings) or not responding to work emails in the evening unless truly urgent to foster life balance? It’s all something a leader can instill through example, resolve and action. And it can pay dividends through enhanced communication and conversation skills, better productivity through ideal sleeping patterns and improved morale in the office. It’s something I’m continuing to work on myself.

To recap:
1. You can often learn much more from your peers than you realize
2. A strong leader is a present leader

And so I’d recommend exploring those two lessons whenever possible for now – I learned them the hard way but maybe you won’t need to.

Daniel Sieberg is a co-founder and head of journalism operations for Civil, a revolutionary approach to decentralized news content supported by the blockchain and cryptocurrency. Sieberg was previously co-founder of the Google News Lab and a senior marketing executive and official spokesperson at Google from 2011-2017. Prior to joining Google, Sieberg worked as a technology correspondent, analyst and reporter for the likes of CNN, CBS News, ABC News, MSNBC, BBC News and the Vancouver Sun. His first book, The Digital Diet (Crown), is about healthy ways to consume technology. He lives in New York with his wife and two daughters. 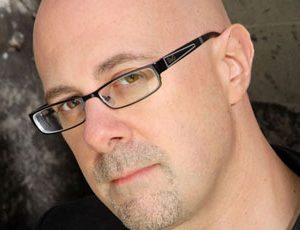 Futurist, digital transformation expert and global authority on “the digital now” known for his ability to forecast trends

Our keynote speaker Greg Verdino is an authority on futurism and digital transformation. He helps enterprises thrive in the face of disruption. In addition, he is an author and a well-known expert used on a wide variety of media... 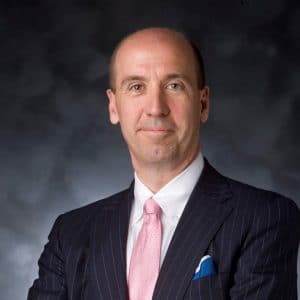 No one can predict the future, but Jack Uldrich can help you prepare for it. Jack is a leading futurist, author, and speaker who helps organizations gain the crucial foresight they need to create a successful future. His work is based on the...