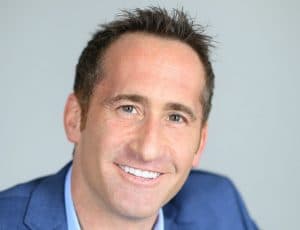 Request fees and availability
Keynote speaker David Stillman is a generational expert with an eye for detail. As a prominent and highly sought after speaker in the USA, David Stilman has positioned himself as the go-to-person for generational challenges in business. David is an engagiong speaker whose humor and frankness has earned him admiring reviews.

Why you should book speaker David Stillman

Speaker David Stillman is a real energizer. The co-author of two best-selling books on the generations at work, including When Generations Collide (HarperCollins) and The M-Factor: How the Millennial Generation Is Rocking the Workplace (HarperBusiness). He has appeared on CNN, CNBC, and the TODAY Show as well as in Fast Company, The New York Times, and The Washington Post, among numerous other national publications.

Before launching his work on the generations, David worked for ABC television in New York City for PrimeTime Live. Later with CBS radio, he embarked on a round-the-world trip covering such topics as the end of apartheid in South Africa and the fall of the former Soviet Union.

Diane Sawyer from ABC said it best, “David will help you see the world through the eyes of a different generation.”

Believe it or not…there’s life after the Millennial generation.  A new generation is impacting our workplace and not enough leaders are paying attention! Are you ready for Gen Z? The leading edge of Gen Z is well into their 20s with entirely new attitudes about the workplace, technology, career paths, and money.

This dynamic keynote gives audiences fresh insights based on national studies of Gen Z’s workplace attitudes, interviews with hundreds of CEOs, cutting-edge case studies and insights from Gen Zers themselves.

Based on three national studies and the first global study of Generation Z, you will learn the events and conditions that shaped Gen Z and the seven key traits that define this generation: Realistic, Phigital, Driven, FOMO, Hyper Custom, DIY, and Weconomists.

Afterwards, keep the generational dialogue going during a Q&A session, to ask burning questions on what YOU need to know about this new generation.

If only we could group our younger workforce and marketplace into one generation – life would be easier. In many ways, leaders have been operating that way. Most are not paying enough attention to Generation Z and many are just assuming everyone under 30 is a Millennial. Gen Z is nothing like the Millennials.

Z Ultimate Consumer: Who is the Gen Z Customer

Do they shop online? In-store? What does loyalty to a brand look like? These questions and more are addressed as the newest generation of customers pull out their wallets. Gen Z has disposable income to spend, but only if marketers can connect with them.

Based on national studies, insights from focus groups, and working with some of the world’s top brands, find out what it takes to connect with, sell to, and retain the Gen Z customer.

What Happens When Generations Collide 2.0

You may think you know the generations,but the Baby Boomers, Generation Xers, and Millennials are carving out new territory as they evolve.  And here comes the latest twist—the arrival of Generation Z.  Just when you think you’ve bridged all the gaps, it’s time to learn what happens when the generations still continue to collide.

This energizing, fresh, and funny update on Generations 2.0 will help you identify the gaps creating mayhem in your workplace and marketplace, apply smart solutions to help you navigate multi-generational minefields, and ultimately, look at the generations in a whole new way. 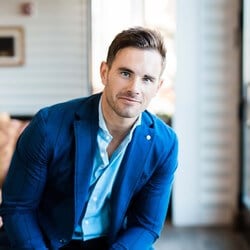 Our keynote speaker Seth Mattison is an internationally renowned expert on workforce trends and generational dynamics. As Founder and Chief Movement Officer of FutureSight Labs, Seth advises many of the world’s leading brands and organizations...