Get the secrets of a long and happy life

Request fees and availability
Keynote speaker Dan Buettner shares the secrets of the longest-lived people in the world; his books, articles, and projects are improving the lives of millions of people worldwide by creating environments where they can live longer, happier, healthier lives.

Only 10% of our life expectancy is decided by our genes. The other 90% is based on our environment.
But what makes for an environment where we live longer?

Dan Buettner, world-renowned explorer and writer for National Geographic, works on finding and understanding Blue Zones – the areas where people live the longest, healthiest lives. His articles about these places in The New York Times Magazine and National Geographic are two of the most popular for both publications.

For those that aren’t lucky enough to get to be part of the Blue Zones Projects, there’s no need to worry. Dan Buettner is, after all, the New York Times bestselling author of The Blue Zones: Lessons for Living Longer from the People Who’ve Lived the Longest, Thrive: Finding Happiness the Blue Zones Way and The Blue Zones Solution: Eating and Living Like the World’s Healthiest People. His newly released book, Blue Zones of Happiness: Lessons From The World’s Happiest People reveals the surprising secrets of the world’s happiest places—and shows how we can all apply the lessons of true happiness to our lives.

Dan is an engaging and experienced speaker, having appeared on The Today Show, Oprah, NBC Nightly News, and Good Morning America. He has also keynoted speeches at the National Academies of the Sciences, World Economic Forum, Aspen Ideas Fest, Bill Clinton’s Health Matters Initiative, and Google Zeitgeist. His TED talk has garnered over 3 million views, and that might just mean another 3 million people who will live healthier lives.

“The calculus of aging offers us two options: We can live a shorter life with more years of disability, or we can live the longest possible life with the fewest bad years. As my centenarian friends showed me, the choice is largely up to us.” 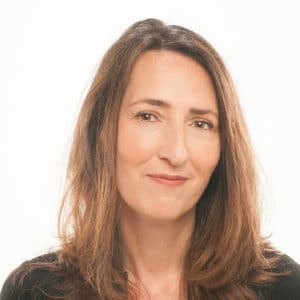 Professor, social psychologist and expert on the science of happiness due to her award-winning research

Our keynote speaker Sonja Lyubomirsky is a social psychologist who has conducted award winning research on happiness. Her talks on achieving happiness are therefore backed up by years of conducting research on the topic, making her a leading...