Insights from a futurist and economic forecaster Request fees and availability
Keynote speaker Jason Schenker runs the top-ranked market research firm Prestige Economics and he is the Chairman of The Futurist Institute. He is a world-leading financial futurist and economic forecaster whose analyses are regularly cited by The Wall Street Journal, Financial Times, and CNBC.

As the President of Prestige Economics Mr. Schenker advises executives, industry groups, institutional investors, and central banks. An experienced speaker Jason Schenker has spent over a decade delivering keynotes, moderating and serving as a panelist at events on topics such as economics and the future.

As founder and chairman of The Futurist Institute, Mr. Schenker has created a rigorous course of study to help prepare clients for the future. In addition, he is an instructor for LinkedIn Learning, for which he has released a course on Corporate Finance Risk Management.

Beyond his work as a futurist and speaker Jason Schenker is highly active in FinTech. In the fall of 2016, he founded Hedgefly, a risk management platform using Blockchain technology and a Bitcoin backend. He is also the Executive Director of the Texas Blockchain Association and a member of the Central Texas Angel Network. This network is the most active angel investor network in the United States.

His opinions being highly sought after, speaker Jason Schenker is a columnist for Bloomberg Opinions and he has written several bestsellers. His books include Recession-Proof: How to Survive and Thrive in an Economic Downturn (2016), Jobs for Robots: Between Robocalpyse and Robotopia (2017), Robot-Proof Yourself: How to Survive the Robocalypse and Benefit from Robots and Automation (2017), and Midterm Economics: The Impact of Midterm Elections on Financial Markets and the Economy (2018).

The Economic and Financial Future After COVID

This presentation focuses on the economic, financial, and business impacts of the COVID-19 pandemic.

Topics in this talk come from Jason Schenker’s recent book “The Future After COVID: Futurist Expectations for Changes, Challenges, and Opportunities After the COVID-19 Pandemic.”

This presentation takeaway is an understanding of how near-term financial market, policy, and new and emerging technologies like blockchain, AI, self-driving vehicles, and more will impact the economy and society in the near-, medium-, and long-term.

This presentation takeaway is an understanding of how policy and technologies like blockchain, AI, self-driving vehicles, and more will impact a specific industry in the near-, medium-, and long-term. This can be customized for any industry.

This presentation takeaway is an understanding of critical trends in FinTech (financial technology), including disintermediation, democratization, and improvements of services. The attendee will have an understanding of blockchain technology, Bitcoin, ICOs, cryptocurrencies, roboadvising, as well as the promises, opportunities, and risks associated with some of these dynamics. There will be a discussion of economic, professional, and regulatory perspectives.

Mr. Schenker also speaks on the future of:

Data Risks and Opportunities in the Boardroom and Beyond - Jason Schenker 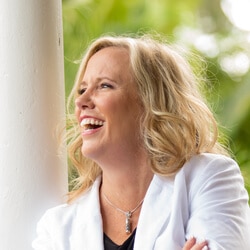 Keynote speaker Shawna Suckow is an expert in customer behavior and technology and has been in the business for 20 years. Now, she travels the world to help businesses understand the dynamic ever-changing buyer landscape and adapt to future changes....