Get both useful and entertaining keynotes on generational differences

Request fees and availability
The keynote speaker Lynne Lancaster has accomplished excellence in her multiple roles as the co-founder of Brigdeworks, generational expert, and co-author of best-selling books. Her expertise on generational differences provides entertaining and useful keynote speeches. Lynne will help attendees identify generational gaps and help build bridges for at more effective and prosperous organization and work environment.

Why you should book speaker Lynne Lancaster

Lynne Lancaster is one of today’s most sought-after generational experts and keynote speakers. Whether it’s the Millennials, Gen Y, Generation X, or the Baby Boomers, most people have heard about generational differences, but few know what to do about them. Whether you are leading an organization, managing a multigenerational workforce, or trying to communicate across the generational divide, Lynne will give you the insights you need to recruit, retain, manage, and market more effectively. Her actionable and entertaining approach to identifying trends and applying solutions will help solve generational frustrations.

Lynne is also co-founder of BridgeWorks, a company that advises leaders, managers, and employees on how to bridge generation gaps at work and in the marketplace. Her speeches and workshops have enlightened and entertained high level audiences from many of America’s best companies, including 3M, American Express, Best Buy, Cisco, Citigroup, Coca-Cola, Disney, Lockheed Martin, PwC, Ralph Lauren, and Wells Fargo, as well as numerous public sector and nonprofit organizations.

Lynne is co-author of the best seller When Generations Collide: Who They Are. Why They Clash. How to Solve the Generational Puzzle at Work (HarperCollins). A consistent favorite among CEOs, the book is one of only two titles launched by HarperCollins in 2003 that has sold more copies every year since publication. She recently edited the new book, Gen Z @ Work (Harper) about the latest entrants into the workplace.

Lynne is a sought-after expert on workplace and social trends. She has been a guest commentator on CNN, CNBC and National Public Radio. Her by-line has appeared in numerous publications such as The Futurist, Nation’s Business, and Public Management magazine. She has been interviewed for a wide range of national publications including The Wall Street Journal, TIME magazine, The Los Angeles Times, The New York Times, and The Washington Post. 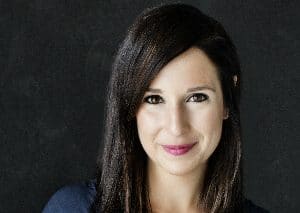 Generational expert, successful writer and strategist specializing in the generation of Millennials entering the workforce

The keynote speaker Kim Lear is a researcher on the topic of generations. She provides both insight on how to understand and manage Millennials, as well as how the Millennials can navigate more effectively in the workplace. Kim has helped with...