Climate activist Sophia Kianni travels the globe to save the planet 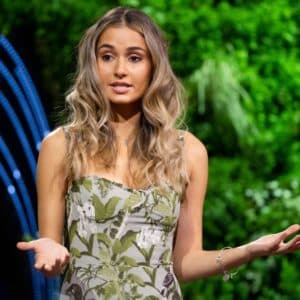 As the founder of Climate Cardinals, Sophia Kianni's international not-for-profit translates information about climate change into more than 100 languages. Her passionate keynote addresses create awareness about the need for multi-lingual climate resources.

Request fees and availability
Sophia Kianni became involved in climate activism after noting the damaging impact climate changes were having on her home country of Iran. Noting that resources and information about climate change were primarily in English, she founded the non-profit Climate Cardinals to develop information in different languages to inform world residents across the globe about the need to make a change to save the planet. Volunteers of her organization provide information about climate change in more than 40 countries. Kianni's work has been recognized by the United Nations. She is the youngest member of the UN Climate Change Youth Advisory Group.

Why you should book Sophia Kianni for your next event

Sophia Kianni is in her early 20s. Her desire to create resources for world populations about the climate crisis has placed her on the global stage. While in middle school, Kianni noticed one night that smog in her native homeland of Tehran, Iran obscured the stars. This memorable incident sparked her interest in the cause and eventually led her to become one of the leading voices of climate activism in the world.

After pollution and adverse climate events in Iran peaked Kianni’s interest in climate change, she noticed that most of the resources on the subject matter were in English, which left much of the world uninformed about the crisis. Her youth-led non-profit organization, Climate Cardinals is recognized across the globe for its work developing resources for more than 40 countries. By translating climate resources into different languages, the group is one of the leading climate change activist organizations in the world.

Kianni is a student studying society, science, and technology at Stanford University. She was one of the 21 under 20 for Teen Vogue, a Young Explorer for National Geographic, and VICE Media’s Human of the Year. She is also the youngest member of the United Nation’s Cimate Change Youth Advisory Group.

How To Change The World: Activism 101

When Sophia was 12 years old, she looked up at the night sky in Iran and realized that she couldn’t see the stars due to pollution. Since then, she has worked tirelessly to raise awareness of the environmental degradation that impacts the most vulnerable populations on our planet. Her middle school advocacy has led her to start an internationally acclaimed nonprofit, Climate Cardinals, and work as the youngest advisor to the United Nations Secretary-General. Sophia believes that in this digital age, anyone can make a difference through the power of social media and mass mobilization. In this inspiring presentation, she will share how anyone can make a difference by sparking a movement or starting an initiative.

If Adults Won’t Take Action to Protect Our Future, Youth Will.

In middle school, Sophia brought up her concerns about climate change to her relatives and was shocked when they told her they knew nothing about global warming. She later learned that 40 percent of adults on Earth have never heard of climate change. Kids back in the day used to skip school to play hooky; now, they’re skipping school to fight for their futures. As a national strategist for Fridays for Future, Sophia worked alongside Greta Thunberg to mobilize millions of students to strike for climate action.

After decades of inaction by the government, the young generation has finally decided to take matters into their own hands. Through this presentation, Sophia will provide a look into the dynamic world of youth climate activism and sketch out what life is like for the teenagers saving our planet. 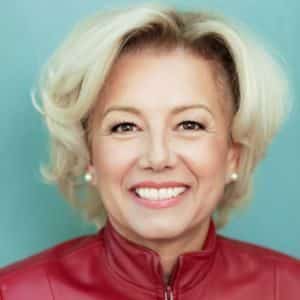 An accomplished scientist and innovator, Laura Faye Tenenbaum broadens global understanding of climate science. Her keynotes offer insight into international climate impacts, women in science, and reconnecting with the Earth.

Showcasing humour and personality, Laura Tenenbaum uses her knowledge to help the public understand the science behind climate change. Educating the public and teachers, Tenenbaum offers strategies and tools for confronting climate challenges. A... 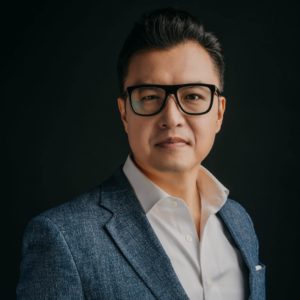 Innovative speaker Scott reveals how to tackle far-reaching problems that affect everybody and shares his thoughts on tackling global problems.

Scott Amyx is the Chair & Managing Partner at Astor Perkins, which is a deep tech and sustainability VC that backs mavericks solving some of the hardest problems facing humanity on Earth and in space. From climate change mitigation and... 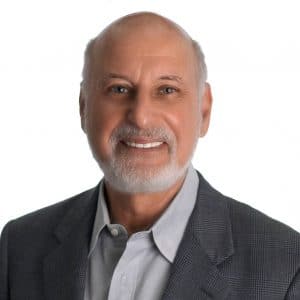 Speaker John Englander is an oceanographer, consultant and a leading expert on global climate change. Combining an extensive marine science background with firsthand expeditions to Greenland and Antarctica, John delivers a big picture report on... 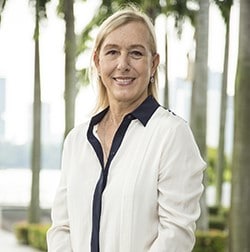 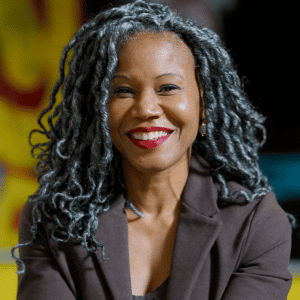 Her ability to shepherd projects through seemingly conflicted socio-economic currents has garnered her 8 honorary PhD's and awards such as: 100 Most Intriguing Entrepreneurs by Goldman Sachs, Silicon Alley 100 by Business Insider, Liberty Medal for... 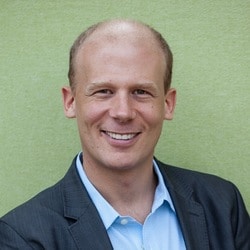 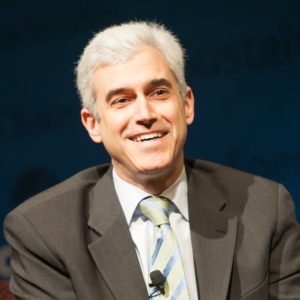 Andrew Winston is a globally-recognized expert on megatrends and how to build companies that thrive by serving people and planet. He is one of the most widely read writers on sustainable business in the world. Andrew’s latest book, Net Positive:... 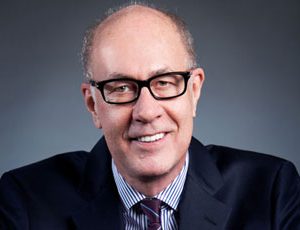 Our keynote speaker Glen Hiemstra, a recognized futurist, discussed the inevitability and the consequences of the internet, global warming, and nanotechnology, long before anyone else knew the impact of these phenomena. He is a futurist and as such...