Learn how to manage innovation and creativity

Request fees and availability
Keynote speaker Alf Rehn is an influential business innovation expert who challenges norms in order to bring about the kind of creativity and innovation that changes our society for the better. He is a seasoned professor and business leader, as well as being a passionate speaker and author.

Named Speaker of the Year in Finland in 2010, Alf Rehn is a humorous speaker who provides his audiences with great take-aways, but most importantly he enjoys being on stage. Not only does he enjoy speaking, Alf is also the bestselling author of “Dangerous Ideas”, a book about creativity which appeals generally to people who don’t like books on creativity. This defiant attitude is one of the things that makes our speaker Alf Rehn so great at bringing out his clients’ potentials for creativity and innovation.

Alf Rehn’s passion is innovation; he has taught at universities worldwide and currently holds a position as professor of Innovation, Design, and Management at the University of Southern Denmark. Alf has a Phd in industrial management and in 2004 he was appointed chair of organization and management at Åbo Akademi University, which made him the youngest chair in Finland at the time.

Keynote speaker Alf Rehn has worked with a variety of companies worldwide, from startups to Fortune 500 corporations, through his strategic advisory company Alfrigg. Alf’s aid to his clients includes clarifying their strategies, simplifying their innovation processes, and developing their corporate cultures. He has traveled the globe to deliver keynotes, workshops and advice for companies wishing to change and improve, and in need of his expertise. Alf’s expertise comes not only from his academic background, but years of real business experience as the chairman of SFB, an internationally successful advertising agency.

Saving Innovation – Innovating in an Age of Bullshit and Copycats

Thinking Out of Bounds – The Power of Challenge, Critique, and Extreme Creativity

The Paradoxes of Leadership

Taboo Futures – The Strategic Genius of Expecting the Worst

A taste of leadership: Alf Rehn at TEDxUmeå

The Contradictions of Leadership

During my career, which has involved both teaching leadership to the young (in universities) and working with Fortune 500 leaders, I’ve often been asked to present what I call “Cosmo-lists” of leadership. By this I refer to that peculiar form of writing in which one tries to capture the essence of something by enumerating “the five behaviors of great leaders” or “the three most important things in tech leadership”. Just like the lists that figure prominently in Cosmopolitan, these take an exceptionally complex thing and tries to diminish this to three or four or five soundbites, and I dislike doing them. Still, I’m nothing if not well-behaved, so I usually deliver one when asked, but at the same time I always make sure that at least one of the suggestions I give directly contradicts one of the others. This often distresses journalists, yet I claim that it actually makes the lists better. Because leadership is, at heart, a paradoxical, contradictory thing.

The problem with trying to distill leadership into a list of easy-to-follow rules is that no matter how we do it, we will either ignore something that is critically important, or include things run counter to each other. Consider, for instance, the question whether a leader should be decisive or not. Very few people would say that a leader should be indecisive. On the contrary, that’s the last thing we want in a leader! A leader needs to be able to make the tough decisions, to act in a decisive manner, to take the helm. Obviously this is so. Then we might ask whether a leader should be listening and empathetic? Very few people would say that they shouldn’t. On the contrary, a leader who doesn’t empathize and listen is a bully! Obviously.

The problem, which you probably have picked up on, is being a listening, empathetic leader means that one has to take time away from the quick, decisive action, and vice versa, if one attempts to be decisive and active, it can seem like you’re not listening to others. This dilemma is at the very heart of leadership. Leaders are asked to be visible, but invisible. To be strong, but show their weaknesses. To take risks, but to act prudently doing so. Often when I speak on leadership, I point out that being a leader is to shout very quietly, and great leadership is like soft steel or dry water.

This does not mean that leadership, even great leadership, is impossible. On the contrary. The great leaders I’ve worked with have all been wonderful at living with these contradictions, and finding their own way through them. They have been leaders who realize that you cannot reach perfection, nor can you being everything for all people. What you have is an endless series of paradoxes and conflicts, as well as many, many failures, and yet to be a leader is to power through this. There will never be a perfect list, one that in five catchy lines captures everything a leaders should do and be, and real leaders are very comfortable with this. They encounter contradictions, and solve them best they can. They’re asked to do the impossible, and frequently do. Shouting very quietly, showing by not showing, changing by staying the same.

What led you to think that the concepts of innovation and creativity are being misused in today’s society?

Listen, I love creativity and innovation, and I love innovative companies and creative people. What I’ve criticized is the tendency in modern society to call everything innovation and to think that creativity is always some unproblematic, simple, fun, and fluffy thing. Innovation, for instance, suffers from having become a buzzword, and from always being presented as this simple, self-evident thing. Both innovation and creativity are difficult things to do, to get right, to sustain. When we overuse them and only talk about their shiny-happy sides, we can actually do damage to the thing we think we’re promoting.

What are the benefits of innovation in your opinion?

Real innovation is an exceptionally important thing, both for companies and for society. Without innovation, companies cannot compete, and without innovation our society wouldn’t develop. So the benefits are pretty self-evident. What’s important to note is that this doesn’t mean that you can just decide to “do innovation”. To get the real benefits of innovation, an organization needs to develop a supportive innovation culture, develop innovation ambition, and find truly meaningful problems to solve with innovation – not just arrange a brainstorming session with lots of multicolored Post-it notes…

What makes you want to invest in a business?

A very smart older investor I once knew taught me that you don’t bet on the idea, you bet on the team. So I always start by analyzing the core team. Do they truly believe in their venture? Do they have the requisite know-how (enthusiasm alone doesn’t take you far)? Are the prepared to do the hard work? Only after I’ve become convinced that the team is good will I even start contemplating the idea in any greater depth. To this also comes that I like businesses that try to do something creative in a field that’s not been seen as all that creative. I’m more enthralled by a really fun innovation in plumbing than yet another business developing an iPhone-app.

Well, as someone who has taught in universities since I was 24, I’ve been speaking in one way or another for almost all of my adult life. I started speaking professionally when I became a full professor at 31, and at first I think people invited me just to check out “Professor Babyface”! I was also helped by having some senior speakers recommend me or suggest me for gigs they couldn’t do themselves. It turned out I had a knack for translating at times complex theories of innovation and creativity for non-academic audiences, and I got asked to talk at bigger and bigger events, all over the globe. Now, having given something like 1000 keynotes I might not be a beginner anymore, but I still find that I’m learning things and developing every time I go up on stage.

What are some tips you would give to someone struggling with being genuinely creative?

Often, when we struggle with creativity, the main culprit is that we’re trying to get the right idea rather than just trying to get lots of ideas. Our brains are very good at disregarding or killing ideas. The trick then is to simply ignore whether ideas are good or not, and simply start generating as many ideas as one can – sorting out the good ones later. There’s a quote from Peter De Vries (often attributed to Hemingway) which says “Write drunk, edit sober.”. Creativity is a lot like that. First you need to get into a space where you’re less inhibited, just throwing ideas around. Then you need to reign yourself in, and see which ideas can be worked up. The funny thing is that when you look at ideas in this way, many ideas you’d originally kill because they’re just too out there, you’ll now be able to develop and work up!

How would you describe your humor?

I think it’s really difficult to describe your own humor. It’s sort of like describing how you look – you don’t know what everyone else sees! I can say that when speaking, I think it is important to use some levity, not least because people actually remember things better if you’ve made them laugh. I also try to use a little bit of self-depreciating humor so that people know I’m not arrogant about things like titles. I watch lots of standup comedy, as I’m fascinated by storytelling and the capacity of making surprising connections, but when speaking I focus more on wit than on punchlines. Although, truth be told, I may have told the occasional risqué joke in a keynote. Sometimes it’s just what an event needs. 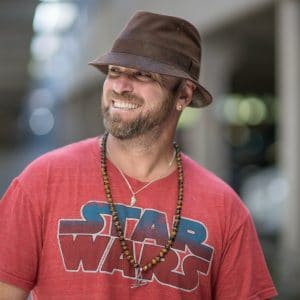 Keynote speaker Aric Dromi is the founder of the Strategic think tank Tempus. Motu and the in-house futurologist of Volvo cars as well as being on the advisory board of innovative groups: NTT Innovation Institute and UNLEASH. A creative thinker,... 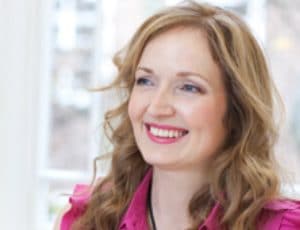 Keynote speaker Kate Ancketill is the CEO of GDR Creative Intelligence, a global consultancy specialised on strategic inspiration for world leading companies. Her keynotes are vivid innovation drivers and provide expertise on development in the...