Valuable insight on the future of developing nations

Request fees and availability
Keynote speaker Dambisa Moyo is an extraordinary individual with an impressive academic and professional track record. Dambisa holds a PhD in economics at Oxford University and holds a Masters degree from Harvard University. Furthermore, our speaker Dambisa Mayo has travelled to more than 70 countries and worked at Goldman Sachs, the World Bank, and as a internationally renowned economist, author, and speaker.

The keynote speaker Dambisa Moyo is a global economist and author who analyzes the macroeconomy and international affairs. Her work has taken her to more than 70 countries over the last decade, during which time she has developed a unique knowledge on the inherent conflicts facing developed economies, as well as the interaction between politics, international finance and developing markets. Dambisa has been named one of the 100 Most Influential People in the World by Time Magazine.

In particular, her work examines the interplay of international business and the global economy, while highlighting the key opportunities for investment; capitalizing on her rare ability to translate trends in markets, technology, politics, regulatory matters and economics into their likely impact on global business. She has given two TED Talks: “Economic Growth Has Stalled, Let’s Fix It” & “Is China the New Idol for Emerging Countries?”

The sought-after speaker Dambisa Moyo serves on the boards of Barclays Bank, the financial services group, SABMiller, the global brewer, Barrick Gold, the global miner, and Seagate Technology. She was an economist at Goldman Sachs and a consultant to the World Bank in Washington, D.C. She is the author of the New York Times bestsellers Dead Aid: Why Aid is Not Working and How There is a Better Way for Africa and How the West Was Lost: Fifty Years of Economic Folly and the Stark Choices Ahead. Her third book was Winner Take All: China’s Race for Resources and What it Means for the World.

Dambisa is a contributing editor to CNBC, the business and finance news network. Her writing regularly appears in economic and finance-related publications such as the Financial Times and the Wall Street Journal.

Speaker Dambisa Moyo completed a PhD in economics at Oxford University and holds a Masters degree from Harvard University. She completed an undergraduate degree in chemistry and an MBA in finance at American University in Washington, D.C. 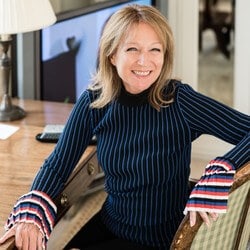 The energetic and insightful speaker Rita Clifton CBE is a successful businesswoman and a powerful presenter. She has worked with companies all over the world to improve marketing efforts, communicate sustainability and improve branding strategies....