Request fees and availability
A true adventurer, speaker Paul de Gelder has always enjoyed the thrill of a new challenge. However, his life was changed forever when he lost two limbs in a brutal shark attack in 2009. It was up to him to fight or flight…

Why you should book speaker Paul de Gelder

Keynote speaker Paul de Gelder has already been through more challenges than what few people experience in a lifetime. As a hoodlum teenager, he didn’t get to start his life the way most people dream of, and as a young adult he battled with drugs and alcohol while working at a strip bar. Paul went on to join the Australian Defense Forces as an Army paratrooper and then as a Navy bomb disposal diver where he finally felt like he belonged. One day, when he was diving for the Navy in Sydney Harbor he came face to face with a shark – and his life changed for good.

Since his shark attack and incredible recovery, Paul has toured the world as a motivational speaker. Paul is also an encouraging mentor to school kids and a passionate environmentalist. He has been featured in the media several times and is especially active during Shark Week. Paul has been named in the top 15 inspirational Australians and top 10 speakers. When he’s not speaking, he’s filming documentaries and diving with sharks.

As a speaker Paul de Gelder is dynamic and engaging with lots of charisma and great presentation skills. Clients are blown away by his inspirational story of never giving up and growing through adversity. Paul often receives standing ovations and has been named the highlight of a conference or event several times. Paul recently published a book “No Time For Fear: How a shark attack survivor best the odds”.

The Power of Embracing Fear

Sharks –  a peek into the world of sharks from a Shark Week host who lost two limbs.

I have not seen a speaker of this magnitude & impact in my lifetime. Paul de Gelder is an Inspirational Speaker about determination, resilience, having a positive attitude in life and making good choices for your path forward! I’m not sure what else to say except it’s a true real life story and hearing it first hand will stay with me for years to come. It’s moving, it’s powerful and Paul is able to tie it directly to your audience.

Paul was absolutely fantastic. First standing ovation in 17 years of conference. Wonderful. He was perfect for our group, a fantastic story-teller and our audience was captivated by him. The response from our attendees was that he was the highlight of our week at conference. Would highly recommend him to anyone. Look forward to working with you both again soon, all the best.

“Paul de Gelder has an incredible story to tell. It is a story of overwhelming odds, brilliantly overcome through hard work, gutsy determination, and a great sense of humor. I knew in an instant that I needed Paul to tell his story to the Divers of the United States Navy. His effortless charm and engaging manner reels you in for the most motivating ride of your life. A man is not defined by what happens to him, he is defined by how he handles it. That makes Paul a most remarkable man!”

From the moment I met Paul in his hospital bed, I knew I was privileged. Horrendously mauled and recovering from such drastic surgery … I was overwhelmed by his aura, his positive outlook and his will to live. In eight years of reporting for 60 Minutes, Paul, without question is one of the most inspirational human beings I have met! Everyone, whoever they are, can learn so much from Paul… I know I have.

"I cannot say enough how much this meant to our audience - people are still buzzing about your performance on stage and how much it moved them. Thanks again for everything!" 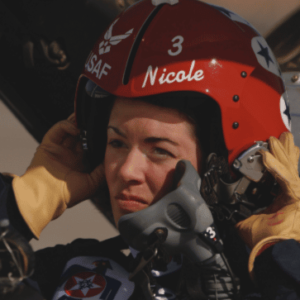 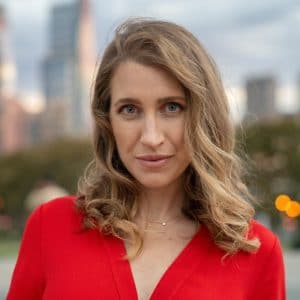 Boston marathon runner, change maker award recipient and hero: why you should run towards the chaos and face your fears

The dynamic keynote speaker Natalie Stavas is a very passionate and inspirational individual. She has been honored for her bravery and help in the 2013 Boston Marathon bombings and now shares her story about running towards your...