Get unique insights into global macro-economy 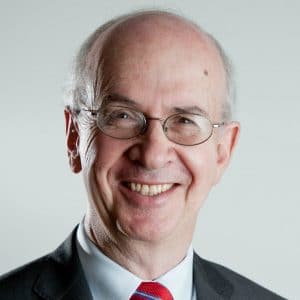 Request fees and availability
Keynote speaker Desmond Lachman is an economist specializing in global macro-economy, multilateral lending agencies, the U.S, housing market,and global currency issues. Due to his expertize, Lachman has been able to successfully predict trends such as the global recession.

Desmond Lachman gained a B.A at the University of Witwatersrandin Johannesburg before studying at Cambridge University, where he completed a Ph.D. in economics.

In 1984, he became a division chief of the Western Hemisphere Department of the International Monetary Fund (IMF), before moving on to be a senior advisor of the European Department between 1990 and 1994. Lachman held the prestigious position of Deputy Director of the Policy Development and Review Department at the IMF between 1994 and 1996. Then, having served as a managing director and chief emerging market economic strategist at Salomon Smith Barney for seven years, Desmond joined the American Enterprise Institute (AEI) where he is currently a resident fellow. AEI is a think tank which aims to provide independent research and advice in order to inform economic policy.

A well-respected authority on economics, Lachman has served as adjunct professor at Johns Hopkins University in Baltimore in 2009 and at Georgetown University in 2010. Furthermore, Lachman shares the expertise he gained through his career by speaking and writing about topics such as the U.S. housing market bust and the strains in the euro area. Bringing an understanding of economics to the public, he has written articles for several publications including Fox news, the New York Times, the wall Street Journal, US News and World Report, The Financial Times, The Washington Post, and The American (the AEIs online magazine).

In his eagerness to get a tax cut through Congress before year-end, President Trump is proposing large corporate and household income tax cuts based on the most unrealistic of economic assumptions. While this might be expected to provide the US stock market with a short-term boost, it is a singularly bad way to run the world’s largest economy.

No serious economist would challenge the idea that a properly funded tax reform would be good for the US economy by improving incentives to work and invest. However, the Trump tax cut proposal is anything but a fully funded tax cut. Indeed, the non-partisan Committee for a Responsible Budget estimates that on reasonable economic assumptions the president’s tax proposal would involve a US$2.2 trillion loss of revenues over the next ten years.

There are three basic reasons to think that such a tax cut would be singularly bad for the US economy.

The first is that the US economy is presently doing rather well and it is close to full employment. The last thing that it now needs at a time of cyclical strength is a fiscal stimulus. Such a stimulus would only complicate the Federal Reserve’s already difficult task of normalizing monetary policy and it would raise the specter of future inflation.

The second is that the US has a public debt problem. Even before the Trump tax cut proposal, the US public debt was on a path to increase to 90 percent of GDP. It makes no sense to have a tax plan now that will add substantially further to the public debt. Indeed one must ask if the US does not take advantage of the good economic times to reduce its public debt mountain, whenever will be a good time to do so?

The third reason to worry about an increase in the government budget deficit at this time is that it would conflict with the Trump Administration’s stated economic policy objective of wanting to reduce the size of the country’s trade deficit. Not only would an increase in the budget deficit reduce the country’s savings rate but it would also contribute to a strengthening US dollar as the Federal Reserve would be forced to raise interest rates. There is the real danger for both the US and the global economies that as the Trump Administration fails to bring down the country’s trade deficit it will increasingly resort to highly damaging trade protection.

For the sake of both the US and the global economies’ continued health, one has to hope that the deficit hawks in Congress force the Trump Administration to come up with a better funded tax cut proposal. However, Washington politics being what it is, I would not hold my breath for that to happen.

Why do you think that understanding economics is so important today?
We are living in a time of unusually large world economic change and that change is upending the global political scene. President Trump has been swept to power in the United States, populism is on the march in Europe, and the United Kingdom has voted to leave the European Union. We are now in a world where economics is driving politics and where politics is driving economic policy. One would seem to ignore major global economic and political trends at one’s peril.

How do you think that the Trump Administration’s economic policies might affect the global economic outlook?
The Trump Administration’s economic policies represent a sharp break from those of his predecessor. They include a large unfunded tax cut, a move towards a greater degree of deregulation, and a move to reverse the trend towards globalization. These policies are almost certain to have an important bearing on US interest rates and on the US dollar, which is bound to have ripple effects across the global economy. This is especially the case considering that the US still remains the world’s largest economy.

Economics can at times be tough to understand. How do you ensure that your audience is keeping up?
One of my strengths as a speaker is that I can make seemingly difficult economic concepts understandable to a public audience without talking down to that audience. I have honed my skills as a communicator during a long career at the IMF, on Wall Street, at a think tank, and as a lecturer at prestigious US universities.

What do audiences typically gain from your keynote presentations?
Audiences typically gain a different and refreshing perspective on the global economic outlook from my keynote presentations. They also benefit from seeing connections and patterns that they might not have seen before. Not being constrained by having to present an institutional viewpoint, audiences often appreciate my candor and my offering them a different view from that of the mainstream.

What do you gain personally from being a public speaker?
I have always enjoyed public speaking and communicating with an audience on topics that are of great professional interest to me. I also like to get a sense of what others might be thinking and I especially enjoy the question and answer part of a presentation. 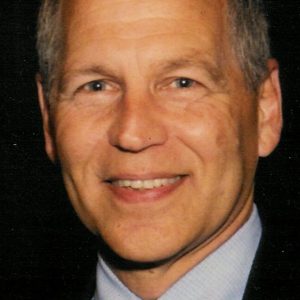