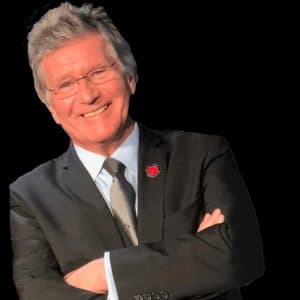 Master of ceremonies in the UK and worldwide as successful awards host, author and experienced top radio presenter

Request fees and availability
Speaker Mark Jones is a well-known voice and a known face in the world of live events. He is one of the most experienced radio presenters in the UK and a talented, experienced MC & awards host. He has mingled with, interviewed and presented events with some of today’s biggest names. Mark Jones is able to entertain, host or compère all types of events and ceremonies: Mark works across the UK and globally and has again been voted ‘Best Event MC / Awards Host, UK & worldwide.

Mark is the perfect host for awards, galas and sportsmen’s dinners; he is entertaining, professional and experienced. He works across the UK and worldwide and has again been voted ‘Best Event MC / Awards Host, UK & worldwide’.

He has hosted countless prestigious awards and other events, including the British Sri Lankan Association awards, every year for almost a decade; Sky Sports’ Masters Football, where, for over 10 years he hosted all their televised arena tournaments in the UK, plus those in Dubai, Kuala Lumpur, Brunei and Macau, China, and presenting the live TV interviews too. Speaker Mark Jones also hosted Manchester United’s Player-of-the-Year awards every year since 2002.

Mark is also one of the UK’s most experienced (and award-winning) radio presenters, one of the top names on Liverpool’s (UK) Radio City for many years. He spread his experienced wings (and tonsils) to America, featuring on radio stations WEFT and Q-96 in Champaign, Illinois, where he also hosted the American Heart Association’s black-tie fundraising  gala dinners in 2010 and 2011, helping to raise record-breaking amounts in the auctions.

Not just limiting his talents to radio and hosting live events, speaker Mark Jones has also written several books, including the best-selling ‘Mark Jones’ Birthday Book’, and appeared in TV’s ‘Cold Feet’, ‘The Forsyte Saga’ and ‘Clocking Off’.

What is the most amazing experience you have had as a host or MC?

I was the MC for a record-breaking Michael Jackson concert. It was the ‘largest solo concert in history’ and I had to entertain over 125,000 music fans (for over 5 hours!) but I wasn’t allowed to play any records prior to Michael’s show. In the end I had over 100,000 people dancing the Conga in several huge lines throughout the massive field. It was held at Liverpool’s iconic Aintree Racecourse (home of the Grand National) the event organisers said they had never seen anything like it! To be fair, neither had I… I met Michael Jackson again a couple of years later and he said he’d enjoyed watching the crowd dance! A thoroughly nice man and much-missed.

I’ve never been one to overly celebrate (or even acknowledge!) my birthdays, and I was caught out last year at the Holiday Inn in Stratford-upon-Avon (birthplace of the inventor of ‘live appearances’, William Shakespeare) when Rod Woodward (a superb after-dinner speaker / comedian from Wales) surprised me when he came back on after I had back-announced him and encouraged the 600-strong crowd to sing ‘Happy Birthday’ to me! I could have died on the spot…

What types of valuable experiences and insight have you gained from all those years as a radio announcer?

I always had the philosophy that I had to be two steps ahead of the audience (especially on phone-ins) because they were always trying to be one step ahead of me! It was at Radio City in Liverpool, where the ‘locals’ are renowned for their humour and quick thinking. I sharpened me up… an excellent grounding for future live events, I found…

I have to say that I think a lot of spontaneity has gone from Radio these days, as has the concept of proper ‘local’ radio. There are many radio station (worldwide) where the presenters are only allowed to read from ‘approved’ cue cards, and not adlib. Where’s the warmth and spontaneity in that? Most smaller stations are owned by national conglomerates and are networked, therefore losing the original essence of true ‘local’ radio. I’ll get off my soapbox now… (I must admit I do feel cleansed and purged after saying that!)

What type of event would you be perfect for?

I’ve hosted virtually every type of event; from small, local golf club dinners, black-tie charity fundraisers in America, large sporting dinners at places like Manchester United, Gleneagles, Wentworth, even Wembley Arena! … plus innumerable award ceremonies from Kuala Lumpur in Malaysia to Macao, China and throughout Europe and in America too. I’ve MC’d large music festivals and fronted the live side of the Masters Football Sky Sports TV shows and done ESPN live TV reporting too. I have to be honest and say I can host virtually any type of event, but award ceremonies are my favourite type of event, and sports events too, as I get to meet my sporting heroes.

How do you work with clients when preparing for an event?

I usually talk to them prior to any event to go over the logistics of how their running order will actually work in practice, and I always try and re-write their scripts into a more ‘presentational’ format… with some warmth and humour!

What types of obstacles have you had to tackle to get to where you are today?

The only obstacles I can immediately think of are usually put in my way by last-minute change of airline schedules …or even last-minute cancellations. I don’t think they’re put in my way deliberately… however, I has happened once too often (I don’t believe in ‘coincidences’) at Frankfurt Airport and at O’Hare in Chicago. Hmmm…

I’m very lucky really, I thoroughly enjoy what I do, and I do it professionally too! Can it get any better? I’ve seen some exotic locations (and some not-so exotic) around the world; these are those far-flung places that one wouldn’t normally have the opportunity to visit as part of a holiday package. Where to next… ?